In December 2021, Klingelnberg launched a construction project for a new assembly hall with connected logistics, thereby renewing its commitment to the traditional location of Hückeswagen in the Oberbergisches Land region (Germany). The new assembly hall will be designed for building large cylindrical gear machines, particularly for use in the wind energy industry. 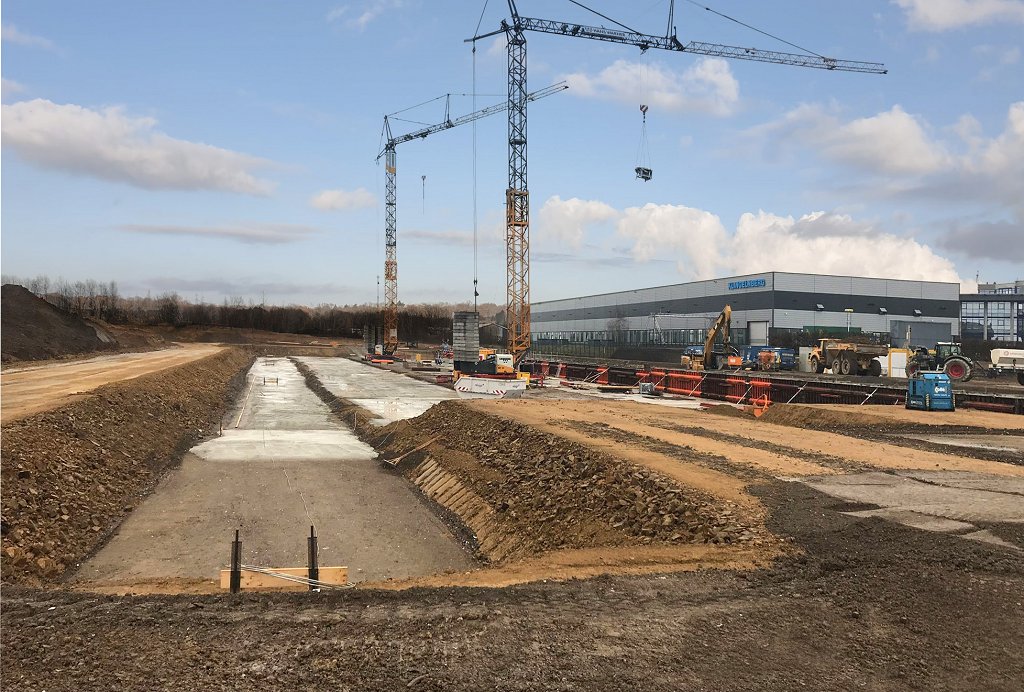 Construction project of the new assembly hall in Winterhagen/Hückeswagen © KLINGELNBERG

Christoph Küster, Chief Financial Officer of the KLINGELNBERG Group, welcomed the positive development at the location. “I am extremely proud that we have such a longstanding tradition in Hückeswagen and are now expanding our operations in this way,” said the CFO. “With approx. 750 employees at two locations in Hückeswagen, Klingelnberg is one of the largest employers in the region. It is therefore a positive sign for the city that we continue to see our future here.”

In December 2021, the groundwork was completed and the preparations were made for the foundation. Assuming all goes according to plan, the next steps call for the concrete columns to be installed in February 2022, followed by the roof trusses in April 2022. The traditional topping-out ceremony is scheduled for April/May 2022, depending on the weather conditions. To enable assembly of even the heaviest and most sensitive machinery, the halls will be fully air-conditioned and equipped with two bridge cranes – one with a 25-ton load capacity and one with a 40-ton capacity – and 10 wall-mounted traveling cranes with a 3.5-ton capacity. The hall will be built to meet the climate-efficiency requirements according to KfW 55 – a standard that is not particularly common for industrial buildings at present. By implementing this efficiency standard, the energy demand and consequently the CO2 emissions will be reduced. In addition, the plant technology was designed in such a way that currently 60% of the thermal energy is generated from renewable energies – an important step towards protecting the climate.

The new assembly hall, which will occupy a floor space of approximately 8,000 m2 including offices, will be home to over 100 employees in the future. The new site will also have its own employee cafeteria.

“We are planning to assemble the first machines there as early as fall/winter 2022,” Markus Friedrich, Head of Assembly and Production at Klingelnberg, is pleased to report. “The individual offices will then be occupied at the beginning of 2023. The project is very demanding and the schedule is tight. But we have every confidence that we will be able to implement everything on schedule.”

The site is geared for the future and is capable of undergoing further expansion. The city of Hückeswagen has even named a street in the company’s honor. The future assembly hall will be located at Gustav-Adolf-Klingelnberg-Straße 1.