Once considered the preserve of eccentric enthusiasts, folding bikes have become hugely popular – even fashionable – in recent years.

And in the wake of the Covid-19 crisis, as commuters switch in greater numbers to more socially distanced modes of travel than bus and tube, it’s probably safe to assume that this form of transport will only become more popular. Indeed, market researcher Grand View Research predicts that the global market for folding bikes will grow by 9 percent in the next five years. 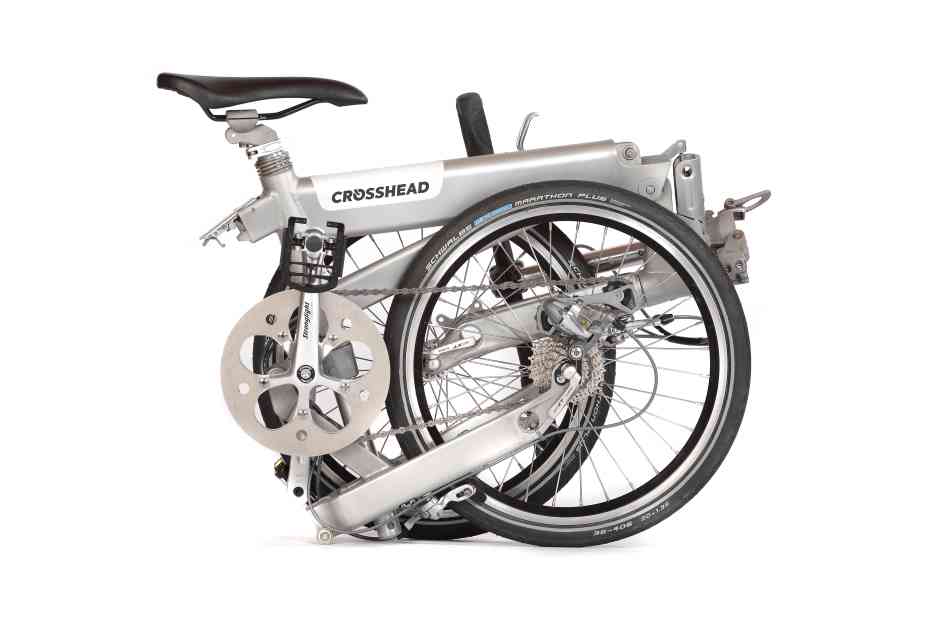 The current market is dominated by UK firm Brompton, which sold almost 50,000 bikes in the year to March 2019 and has held on to its share in the face of numerous competitive efforts to develop a lower-cost alternative.

But in a growing market, there’s always room for fresh innovation, and Kent-based product designer Stuart Lambert – a self-confessed admirer of Brompton’s iconic folder – believes he might just have identified a gap in the market.

Lambert’s story begins back in 2008 when, on holiday in Bruges, he was less than impressed by the performance of a rented folding bike. As a keen touring cyclist, he began to think about whether he could do better and address what he saw as a clear trade-off between convenience and ride quality.

More than 10 years and six prototypes later Lambert’s vision has become a reality in the form of the Crosshead, a striking looking folding bike claimed to be compact enough for city commuting but comfortable enough for much longer rides.

As Lambert wheeled one of his bikes into The Engineer’s London offices earlier this year the first thing to note was its attractively utilitarian frame.

As a product designer Lambert has clearly put some thought into the visual appeal of the bike. But, as he explained to The Engineer, it’s the performance that’s really important, and the sturdy aluminium frame is key to this. “When a bike frame flexes it can lead to reduced rider confidence, especially at high speeds,” he said. “Our aim was to obtain a precise and agile quality, which was achieved by creating a relatively rigid frame. Through the use of aerofoil sections we were able to add strength where required yet allow for the integration of hinges into the frame sections.”

The frame folds (in around 20 seconds) around two hinge points into a compact configuration described as the “z fold”, which ends up with the two wheels folding towards each other and ending up in a flattened ‘Z’ shape.

Lambert regards this as one of the bike’s key innovations. “The aim from the beginning was to create a bike with a compact fold without compromising the rideability or performance. We achieved this by creating a double fold that allows for a full-size bike to fold compactly,” he said.

The frame hinges are either entirely hidden within the aerofoil sections or designed into the cast joints making them relatively unobtrusive and contributing to the sleek lines of the design. The current hinge design has been present on three previous prototypes and gone through two separate CEN frame tests of 100,000 cycles.

Another instantly striking feature of the bike when compared to other folders is its 20 inch diameter wheels, much larger than the 16 inch wheels used on a Brompton. “They roll over road surfaces better than smaller commuter ones, delivering a ride that feels closer to a normal wheel-sized bike,” said Lambert.

A number of different variants of the bike are available. The cheapest of these is a ten speed sport folder (SF1A) which at £1800 is considerably pricier than a Brompton and at 13kg a bit heavier too. Other models push the price up further. A 20 speed racing variant will set you back £2700 whilst an electric version costs £3100.

Unlike some folding bikes, the Crosshead is designed to accommodate most generic components, making it relatively easy to upgrade.

Designed, engineered and built in the firm’s small factory in Deal, Kent the bike is constructed from about 20 aluminium investment castings and two bespoke extrusions which are welded in bespoke jigs before linishing by hand, heat treating and aquablasting. The frames are then assembled and wax finished before being fitted with the required componentry for the particular product range.

Until now, Lambert has been producing the bike in small batches of just ten, but having finessed the design through six iterations he’s now keen to scale up production, potentially in partnership with a larger manufacturer. “Crosshead is a great folding bike with broad market potential, but our funding model, manufacturing facilities and access to technology make the project run a little slower than ideal,” he said. “It makes business sense for us to consider different scale up scenarios, to get our product to a wider audience as soon as practical.” 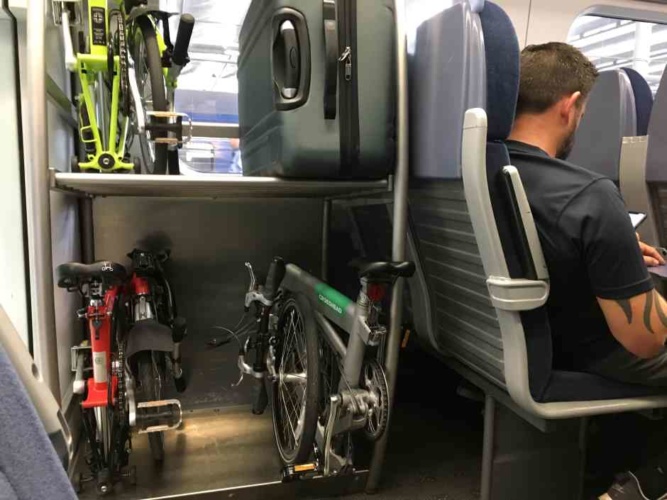 He added that he’s particularly keen to work with partners to explore the potential of 3D printing, which he thinks could be used to refine the bike still further. “Instead of combining castings and extruded aluminum tubing with the skills of welders, heat treatment and finishing processes, the printed part with likely carbon-fibre reinforced composites, will emerge fully formed and ready for sub-assembly use,” he said. “This will make product development far more efficient and crucially, will allow production to start earlier with minimal tooling.”

Ultimately of course, the proof of any bike is in the riding. And on The Engineer’s brief spin around South London’s Brockwell park it felt well engineered, solid and nippy: certainly much more like a larger road bike than this reporter’s trusty Brompton.

And whilst I’m not  persuaded to turn my back on my old folding friend for the daily commute, if I was in the market for a folding bike that I could also do some longer weekend rides on I’d certainly be tempted.