A self-assembling, thin layer of electrochemically active molecules may be the solution for the development of quick-charging, cold weather batteries for vehicles. 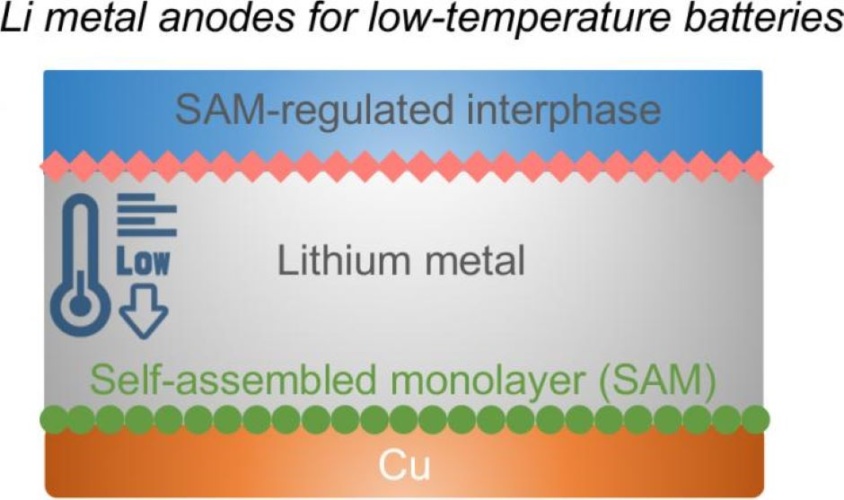 This is the claim of a team from Penn State University whose findings are published in Nature Energy.

“The lithium metal battery is the next generation of battery after the lithium ion battery,” said Donghai Wang, professor of mechanical engineering and a key researcher in the Battery and Energy Storage Technology Center, Penn State University. “It uses a lithium anode and has higher energy density, but has problems with dendritic growth, low efficiency and low cycle life.”

The researchers said the solution to these problems is a self-assembling monolayer that is electrochemically active so that it can decompose into its proper components and protect the surface of the lithium anode.

The battery is composed of the lithium anode, a lithium metal oxide cathode and an electrolyte which also has lithium-ion conducting materials and the protective, thin film layer. Without this layer, the battery would tend to grow lithium crystal spikes if charged rapidly or under cold conditions, which eventually short out the battery.

“The key is to tune the molecular chemistry to self-assemble on the surface,” Wang said in a statement. “The monolayer will provide a good solid electrolyte interface when charging, and protect the lithium anode.”

The researchers deposit the monolayer on a thin copper layer. When the battery charges, lithium hits the monolayer and decomposes to form a stable interfacial layer. Some lithium is deposited on the copper along with the remaining layer, and the decomposed portion of the original layer reforms on top of the lithium, protecting the lithium and preventing dendrites from forming.

“The key is that this technology shows an ability to form a layer when needed on time and decompose and spontaneously reform so it will stay on the copper and also cover the surface of the lithium,” Wang said. “Eventually it could be used for drones, cars, or some very small batteries used for underwater applications at low temperatures.