The TX2 range gives you even more

Three new Stäubli six-axis robots for the medium payload range are making their debut. The TX2-140, TX2-160 and TX2-160L extend the current TX2 generation and brings the total to nine models. Their rigid structure and smart design make them the ideal choice for a variety of applications in ambient conditions ranging from harsh to sterile. They bring the highest level of safety and connectivity.

Stäubli specifies the repeatability of all three machines at ± 0.05 mm. This puts the robots on a par with the most accurate on the world market. Taken in combination with their exemplary dynamic values – the maximum speed of 1,500°/s on axis 5 being one example – this means that the shortest cycle times can be achieved. Furthermore, the use of Stäubli’s proprietary drive technology has significantly increased the stiffness of the wrist by comparison with the RX160 predecessor model; it is now also used on axis 5.

Another striking feature of the new machines is their compact design, which has been streamlined for cleanroom compatibility. They feature a large and efficient work envelope. There are no ungainly external cables or hoses to disrupt the contours; all media and supply lines run internally inside housing that is completely sealed to protection class IP 65 standard (optionally with IP 67 overpressure unit), the connections can be concealed vertically under the robot pedestal on request, and dead spaces have been systematically avoided. This is the epitome of modern hygienic design.

With their cleanroom-compatible specification, the new six-axis robots are equally suitable for standard applications and for use in sensitive production environments. In the latter instance, the manufacturer has a special focus on applications in the pharmaceuticals, medical, photovoltaics, metal, automotive and associated sectors. The special versions familiar from the TX2 series – including HE (Humid Environment), ESD (Electrostatic Discharge), Cleanroom and Stericlean variants – are gradually becoming available for these applications, too.

The manufacturer is also particularly proud of the ultra-compact design of the new robots. In this regard, Stäubli has met the wishes of many integrators and end users for an easy-to-integrate six-axis robot with a footprint small enough to permit the realization of production cells and lines within a minimal area. While two mounting options are available for the TX2-160 – namely floor and ceiling – the TX2-140 can also be affixed to a vertical surface at any angle, allowing for 360° mounting possibilities.

The replacement of the predecessor model RX160 by the TX2-140/160 has brought another decisive advantage: now all six-axis robots operate on the same control technology, which makes it easier to implement multi-robot solutions in digitally networked production environments. With the light and compact CS9 controller and advanced safety features, the TX2 series opened a new chapter in human-robot collaboration. For the first time, it became possible to realize MRC (Man Robot Collaboration) concepts with standard robots without compromising on productivity. This is especially valid for the new models in the medium payload range.

The new family members of the TX2 series also have a digital safety encoder on each individual axis and an integrated safety PCB. All safety functions are certified and meet the strict requirements of the SIL3/PLe safety category. This ensures perfect protection for operators and process equipment. The extensive safety features, Industry 4.0 compatibility (including OPC-UA server), the mechanical qualities and the above-average maintenance intervals of the new robots guarantee productivity in either conventional or digitally networked environments. 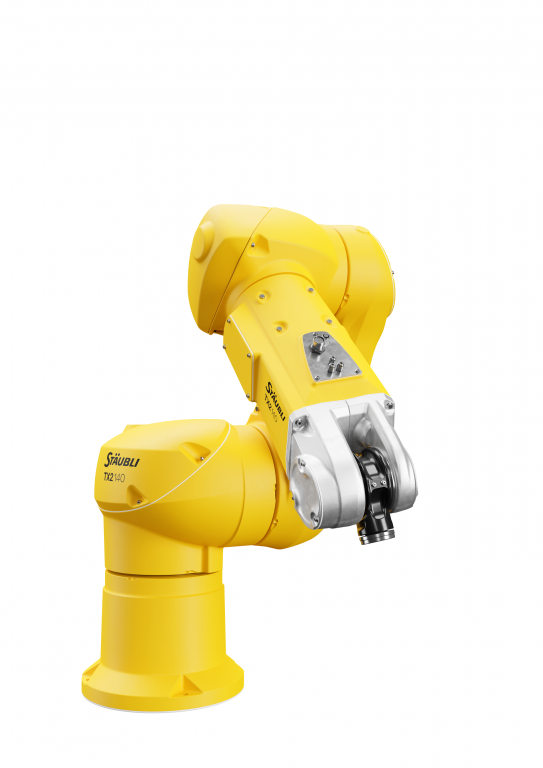 Stäubli TX2-140: The new models in the medium range have an impressive load capacity of 40 kilos. 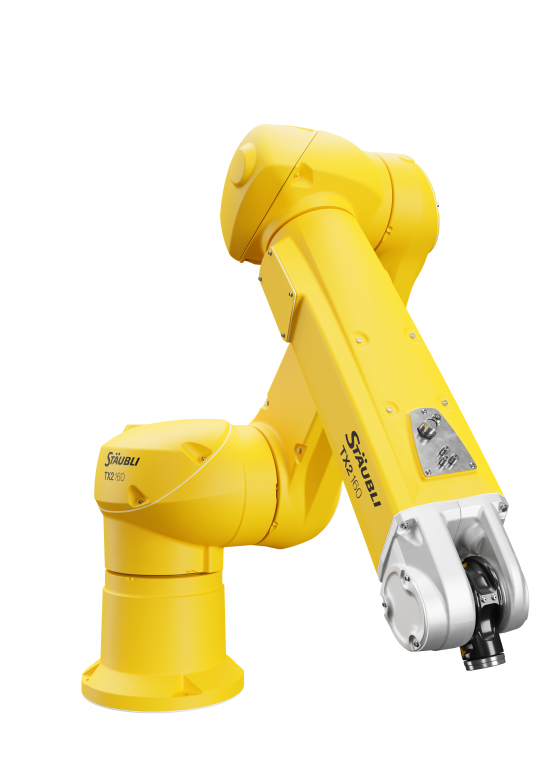 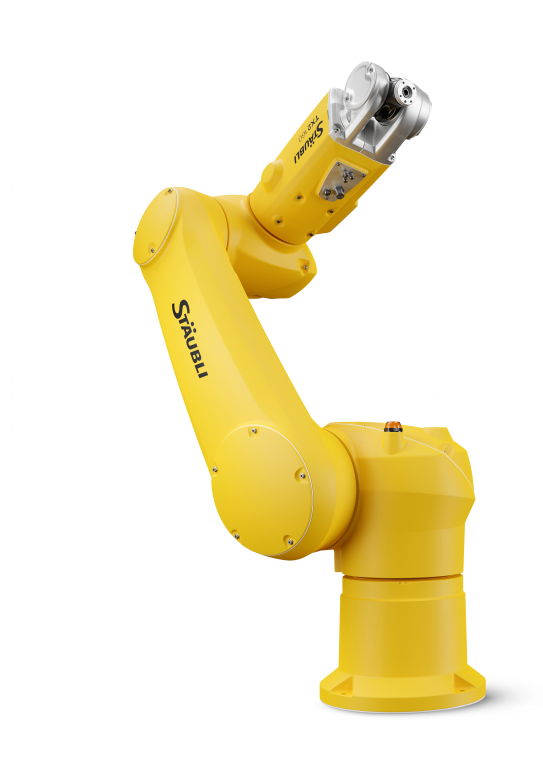 Decisive advantage of the TX2-160 compared to its RX160 predecessor: Now all six-axis robots operate on the same smart CS9 control technology, which makes it easier to implement multi-robot solutions in digitally networked production environments. 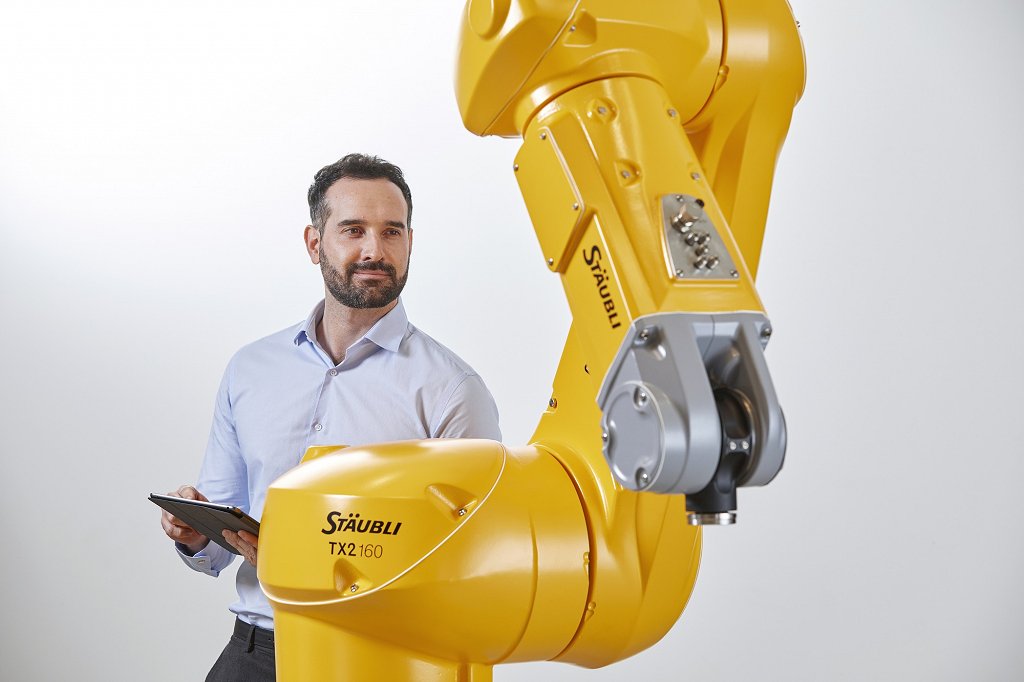 Due to their rigid structure and smart design: Ideal choice for a variety of applications in ambient conditions ranging from harsh to sterile.