For some years now, it has been possible to manufacture metal components using fused layer modeling (FLM). Its limitations and quality characteristics compared to metal injection molding have now been explored by researchers at Fraunhofer IPA. 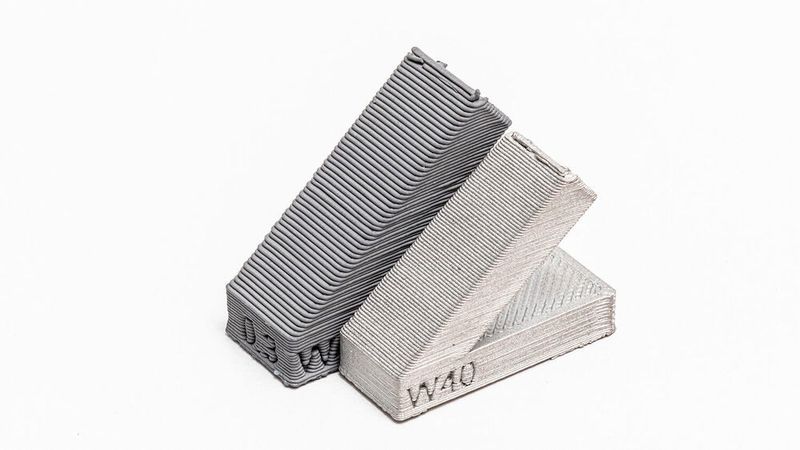 Metal Injection Molding (MIM) is mainly used in the automotive industry and by medical technology manufacturers and is tailored to high-volume production. Each component requires a corresponding mold, which is expensive and time-consuming to produce. The result of metal powder injection molding is a so-called green body, a preliminary product with slightly oversized dimensions, which then shrinks to the desired dimensions in the downstream debinding and sintering process. However, the MIM process is uneconomical for the production of small batches and individual parts.

FLM process with metal filaments as an alternative

Researchers from the Center for Additive Production at Fraunhofer IPA, together with ML3D GmbH, have therefore produced and investigated stainless steel components using fused layer modeling (FLM). In the FLM process, the green body is produced from a mixture of metal powder and polymer binder using a low-cost 3D printer. The plastic component is removed during subsequent debinding. Only in the sintering furnace do the last polymer residues evaporate and the remaining metal powder particles are sintered.

The examination of the FLM metal component showed:

* The size and complexity of metal components produced with FLM are subject to the same limits as those for the production of components made of plastic.
* The limitations of the MIM process are similar. In both production processes, cracks can occur during thermal post-treatment if the wall thickness is greater than 10 mm.
* The shrinkage of the green body in the debinding and sintering furnace is similar to that of the MIM process. However, the shrinkage on the build-up side is higher than that on the build-up side due to the process.
* The achievable density after sintering is somewhat lower with the FLM process.
*The tensile strength, especially in the build-up direction, is significantly lower.
*For large batches, the MIM process achieves relatively low unit costs; for smaller batches, the FLM process is more advantageous. Compared to other additive manufacturing processes such as selective laser melting, FLM is one of the most economical due to the low material and equipment costs.

Great potential for economic use

Manageable costs, non-hazardous handling of the material and relatively simple process: the FLM method has great potential for economic use compared to other 3D printing methods. ML3D GmbH wants to implement the findings from the joint project with Fraunhofer IPA and introduce the FLM process.

This article was first published on mission additive